Opposition to a second Japanese patent, applied for in relation to the use of CRISPR methods in cellular studies, has been rejected by the Japanese Patent Office (JPO), reports ERS Genomics, the Dublin-based company providing access to this technology.

“The JPO actions reinforce the broad and fundamental nature of our CRISPR patent portfolio, both in Japan and worldwide.” Michael Arciero

Japanese patent (JP6692856), filed by CRISPR/Cas9 intellectual property co-owner Dr. Emannuelle Charpentier, together with The Regents of the University of California and University of Vienna (collectively known as CVC), covers compositions and methods for use in a variety of eukaryotic cells, in either dual-guide or single-guide format.

During the JP6692856 proceedings, opponents’ contested novelty and inventive step. However, in its opposition decision to these arguments, the JPO upheld CVC’s application, further validating the fundamental value of these patents for use of the CRISPR/Cas9 technology.

The JPO also granted patent JP2019-210828, covering compositions and uses of a chimeric version of the Cas9 protein in cellular and non-cellular settings, to the CVC Group.

Michael Arciero, Vice-President of Intellectual Property and Commercial Development, ERS Genomics, said:  “The JPO actions reinforce the broad and fundamental nature of our CRISPR patent portfolio, both in Japan and worldwide. This also validates the decision our licensees have made to work with ERS to enable their commercialisation efforts involving CRISPR/Cas9. We are expanding our efforts to make the technology broadly available, so it can be used by as many people as possible.”

Patents for this CRISPR technology have now been issued in over 80 countries worldwide.

ERS Genomics Limited was referenced in the following research papers

Following termination of a partnership agreement with Genostics Company, the intellectual property and distribution rights for EarlyCDT® technology...

Australian biotech Immutep, (Sydney), specialising in treatments for cancer and autoimmune disease has secured a second European patent for its lead pr...

How Critical is Patent Protection Building for First-in-Class Products 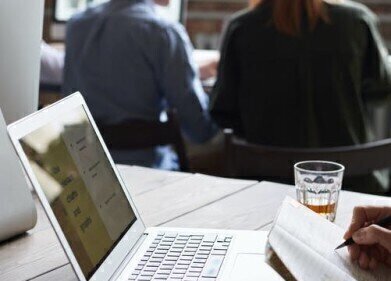 “With a global growth rate of CAGR 7 %, photonics is growing faster than many other high-tech industries, for example, the IT industry (4.5%),...

The Technology and Science of Light- how Fast is the European Photonics...