Researchers from Western University, Ontario have developed a material that could eventually improve the way drugs are administered to patients, by allowing doctors to "see" exactly whether drugs are reaching the targets and working properly.

By combining a material already used to deliver medication to specific sites in the body with another that glows in the dark (optical probe), Assistant Professor Lijia Liu and graduate student Ellie W.T Shiu have created a composite that can be used to track the path of a drug carrier through the human body. In the short term, the new approach could be used to monitor medication used for cancer and bone diseases -- but it could eventually have a wide range of therapeutic applications.

With the help of the Canadian Light Source (CLS) at the University of Saskatchewan (USask), Shiu and Liu were able to see the interaction between the luminescent optical system and the drug carrier. “Our optical probe is kind of like glow-in-the-dark paint or when you walk into a club wearing those [glow-stick] bracelets and you can still see the light,” said Liu.

The probe emits near infrared light and can be tracked by standard bioimaging techniques, a system said to be safer than other probes which need a source of radiation to produce light.

This impressive research began as an undergraduate project for Shiu, who is currently a master’s student in Liu’s lab. Shiu was able to collaborate with CLS scientists who helped her conduct experiments remotely. “I did gain a lot of insight from the meaningful conversations with the scientists at the CLS,” she said.

“There is one particular technique that can only be done at a synchrotron and that piece of the puzzle is very important in terms of understanding the structure of our materials,” added Liu.

A new Memorandum of Understanding (MoU) has been reached by the University of Oxford and Diamond Light Source that will facilitate collaboration in the field...

WITec Co-founder and Managing Director Dr. Joachim Koenen was presented with a 2022 R&D 100 Award as a winner in the analytical/test category for the company...

Scientists have challenged a 70-year-old theory of how proteins fold in our cells, having discovered how a tiny cellular machine called TRiC directs the fold... 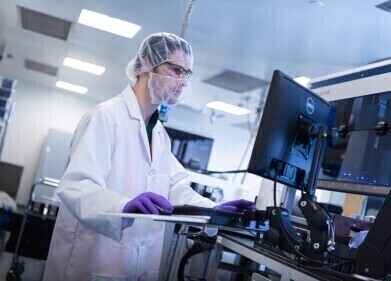 Following an agreement in principle announced during summer 2022, the final stages of a 10-year strategic deal struck between biotech Moderna and the UK Gove...