Bacteria in food is an issue faced by households and businesses across the UK. The latest data from the Food Standards Agency (FSA) suggests Brits endure almost 2.5 million cases of foodborne illness per year. Of these, 180 are fatal. Numbers are even higher in the United States, where the Centres for Disease Control and Prevention (CDC) estimates there are around 48 million cases of foodborne illness per year. This means roughly one in every six Americans will experience food poisoning annually. Around 128,000 of these cases result in hospitalisation and 3000 lead to death.

The American food supply is one of the safest in the world, meaning statistics are much higher in developing countries. Some of the highest numbers of foodborne illness cases occur in Southeast Asia and Africa. In countries within these regions, food is often prepared with contaminated water and products such as meat and dairy aren’t properly refrigerated.

Statistics published by the World Health Organisation (WHO) cite lack of food safety laws as a major driver of foodborne illness. The organisation also confirms that a staggering 40% of global food poisoning deaths occur in children under the age of five. This is despite the fact this age group makes up less than 10% of the total global population. Of these cases, 125,000 result in death.

Globally, an estimated 600 million people experience foodborne illness every year. This equates to around one in 10 people. Some cases are mild, others result in hospitalisation and more than 400,000 are fatal. It’s not just public health at risk, with WHO estimating foodborne illness costs low and middle income economies a huge US$110 billion in lost productivity and medical bills every year.

Every year, millions of people are affected by bacteria in food. Some of the most common strains include Salmonella, Campylobacter and Enterohaemorrhagic Escherichia coli. Symptoms vary and can range from mild nausea, diarrhoea and abdominal pain to severe fevers and headaches.

Products of animal origin are generally the main source of Salmonella, with eggs and poultry two of the biggest culprits. This bacteria strain is one of the most common drivers of diarrhoeal disease cases around the world, with symptoms usually occurring between 12 and 36 hours after consuming Salmonella bacteria. Illness lasts anywhere from two to seven days and severity depends on the serotype of Salmonella ingested.

While rates of Listeria infection are low, outcomes can be devastating. The infection is caused by a species of pathogenic bacteria called Listeria monocytogenes, which is usually found in unpasteurised dairy products. Infection can cause miscarriages and lead to fatalities in newborn babies and infants, as well as the elderly and people with compromised immune systems.

While bacteria in food can pose a health threat, not all strains are bad. Some bacteria are considered “good” and helps support a healthy, robust immune system. Instead of being referred to as bacteria, these types of strains are called probiotics.

Probiotics generally contain a variety of microorganisms, including bacteria such as Bifidobacterium and Lactobacillus. Probiotics are an essential part of the human microbiome and offer a myriad of health benefits. They can help boost the immune system, improve digestive health, prevent antibiotic-associated infections and treat various diseases and gastrointestinal conditions.

Probiotics are naturally occurring and can be found in many fermented foods that contain living organisms. Packed with bifidobacterial and lactic acid bacteria, yogurt is a great source of probiotics. Kefir is another probiotic-rich food, with lactic acid bacteria and yeast cultures used to transform milk into a fermented probiotic beverage. The drink contains multiple strains of good bacteria and is often consumed to support gut health.

Fermented cabbage, also known as sauerkraut, is not only tasty but packed with good bacteria. Kimchi, tempeh, kombucha, miso and certain types of cheese are also brimming with probiotics and considered “superfoods”. Supplements are also a popular way to top up probiotic levels.

The dangers of water-borne bacteria

While clean water is often taken for granted in developed countries, the latest data from WHO suggests one in three people don’t have access to safe drinking water. As a result, billions of people around the world consume water contaminated with bacterium.

“Mere access is not enough. If the water isn’t clean, isn’t safe to drink or is far away, and if toilet access is unsafe or limited, then we’re not delivering for the world’s children,” says Kelly Ann Naylor, Associate Director of Water, Sanitation and Hygiene at UNICEF. “Children and their families in poor and rural communities are most at risk of being left behind. Governments must invest in their communities if we are going to bridge these economic and geographic divides and deliver this essential human right.”

Lack of sanitation is a major cause of water pollution, with UNESCO estimating almost 2.5 million people live without access to facilities such as sewage systems. In developing countries around 90% of sewage is directed into water sources, which has a devastating impact on drinking water quality.  Industries are also big culprits, with between 300 and 400 megatonnes of waste channelled into rivers, oceans and other water bodies every year.

What is the Coliform count?

In countries that do have access to safe drinking water, Coliform count is an important tool used to assess water quality. Coliform bacteria are found in the natural environment and in the faecal matter of humans and animals. While coliform bacteria themselves don’t necessarily cause illness, high concentrations in drinking water can indicate the presence of other disease-causing pathogens.

In most developed countries, ND (Not Detected) in 100ml is considered an acceptable Coliform count for drinking water. So, for every 100ml of H20 tested, no Coliforms should be detected. This standard is enforced in the UK, United States and Canada. As well as monitoring water sources, coliform count is used to assess the safety of products such as milk.

A report published in the journal Methods in Microbiology describes Coliform as an “indicator bacteria”. Authors Tatsuya Tominagaa and Masaharu Ishiib explain how lateral flow test strips are used to determine Coliform count and detect the presence of foodborne pathogens and antibiotic-resistant bacteria in samples.

Aerobic Plate Count, also known as Standard Plate Count (SPC), is another method used to determine microorganism concentrations. Widely used across the food and beverage industry, APC allows scientists to identify and quantify the presence of bacteria and other microorganisms in samples. Achieving a “zero” count is almost impossible as most products contain a cocktail of microorganisms. Instead, APC data must be properly interpreted to unlock meaningful information about bacterial populations. This includes what types of microorganisms are present and if they pose a health risk.

In the book Food Safety and Quality Systems in Developing Countries, the authors describe how APC is used to assess sanitation standards and maintain hygienic manufacturing practices. APC has also emerged as a valuable analytical tool within the rapidly growing cannabis-infused edibles market. Author Kathy Knutson offers more information on the fast, simple and affordable APC methods being used to monitor pathogen concentrations in manufacturing plants in her book, Food Safety Lessons for Cannabis-Infused Edibles.

A proactive approach to pathogens

Knutson stresses that monitoring the presence of bacterial strains such as Salmonella and Listeria is an essential part of manufacturing safe cannabis products and protecting immunocompromised consumers.

“The food safety of a cannabis-infused edible is at risk after a kill step because of the potential recontamination with a pathogen from equipment or the manufacturing or packaging room environment,” writes Knutson. “An environmental monitoring program verifies cleaning and sanitising procedures using indicator methods on swab samples from food contact surfaces and using methods for environmental pathogens on swab samples from non-food contact surfaces from sites based on hygienic zoning.”

Bacteria isn’t the only contaminant present in cannabis products, with heavy metals also a major concern. Find out more about the methods used to detect lead, arsenic, cadmium and mercury in ‘The Importance of Measuring Heavy Metal Contaminants in Cannabis and Hemp Consumer Products’. 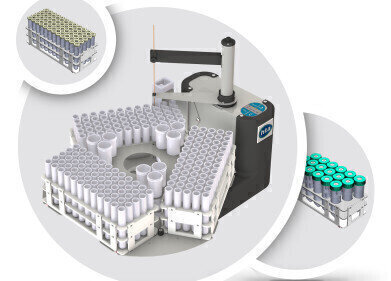 HTA is proud to announce the release of HT1200I, the first and only ICP autosampler featuring support for closed sample tubes. The support to sealed sampl... 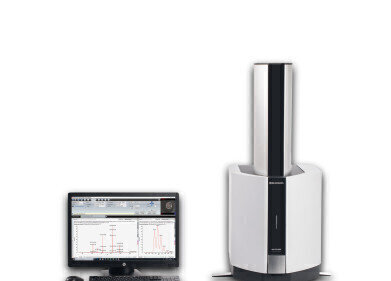 MALDI-8030 - Small but powerful Shimadzu has announced the release of the MALDI-8030. The new instrument offers a versatile, space-saving, easy-to-use, h... 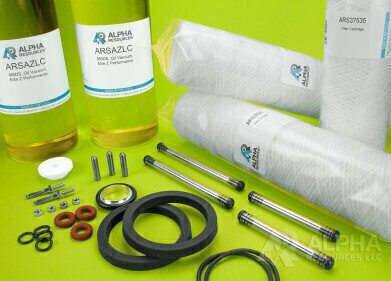 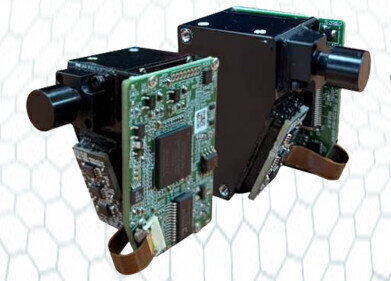