With the global medical cannabis market projected to hit a value of US$46 billion by 2030, the flowering plant has shaken off its reputation as a recreational drug and established itself as a major player on the pharmaceutical stage. Like other medications, cannabis is subject to strict testing, analysis and identification protocols. These are designed to protect consumers as well as accelerate research and development within medical cannabis companies.

Below, we take an in-depth look at the medical cannabis market, with a focus on the importance of scientific testing, analysis and identification within the industry.

What is medical cannabis?

In broad terms, medical cannabis is any form of the marijuana plant used to relieve symptoms of medical conditions. Medical cannabis is usually prescribed by a doctor or healthcare professional as an alternative pain management strategy, though many people choose to self-medicate.

The medicinal value of cannabis

Before we get stuck in, let’s take a moment to recognise the incredible therapeutic properties of cannabis. The plant contains cannabinoids that interact with the body’s natural endocannabinoid system. These interactions influence how receptors in the brain communicate with the body and can promote both physical and psychological effects.

Generally, medical cannabis is more focussed on the physical benefits. A cannabinoid called CBD is isolated and used to treat ailments without subjecting the patient to the intoxicating and mind-altering properties triggered by other cannabinoids such as THC.

Harvard Medical School confirms that in the United States, treating chronic pain is the most common use for medical cannabis. The drug is widely used to treat pain caused by multiple sclerosis and offer many benefits over opiates and other highly sedating drugs. A powerful muscle relaxant, medical cannabis is also used to ease tremors caused by Parkinson’s disease and treat conditions such as epilepsy, Crohn’s disease and endometriosis.

The psychological effects of marijuana can also be used to treat conditions such as anxiety and PTSD. A growing body of research suggests medical cannabis is an effective treatment for returned veterans suffering from PTSD.

“Support for the use of medical cannabis to treat the wounds of war has been growing among the veteran population for years, and [IAVA] members have repeatedly voiced their support,” maintains Jeremy Butler, CEO of non-profit organisation, Iraq and Afghanistan Veterans of America (IAVA). “Veterans consistently and passionately have communicated that cannabis offers effective help in tackling some of the most pressing injuries we face when returning from war.”

Of course, developing treatments for psychiatric disorders such as PTSD is complex, which makes testing, analysis and identification all the more important.

The origins of medical cannabis

While cannabis has only recently been decriminalised in many countries and individual states, the plant has been harvested for its therapeutic properties for millennia. The origins of medical cannabis can be traced back to Western China, Central Asia and Ancient Egypt, with the earliest mentions dating to 2800 BC. Emperor Shen Nung, who’s widely recognised as the Father of Chinese Medicine, was one of the first to covet cannabis for its healing properties, with the plant referred to as “ma” in his pharmacopoeia.

There’s no denying the powerful therapeutic properties of cannabis. However, harnessing the benefits of the flowering plant isn’t as easy as rolling a joint or swallowing a CBD gummy. In the pharmaceutical industry, medical cannabis is highly regulated and must undergo extensive testing before it can be sold as a therapy.

Read on to find out more about the common test procedures used to profile medical cannabis.

Before undergoing analysis, medical cannabis samples must be carefully prepared. Sample preparation techniques will depend on the type of analysis being carried out and the equipment available, as well as the unique needs and preferences of the laboratory. The condition of the sample is often factored in, alongside the downstream application. For example, products destined for a pharmacy must not undergo analysis that compromises structure or medicinal properties.

Testing labs analyse all kinds of cannabis samples, including fresh and dried flower, extracts, tinctures, concentrates and edibles. The nature of the specimen undergoing analysis determines the sample preparation routine.

The average cannabis strain contains more than 100 active components, which can have a dramatic impact on potency, effects and therapeutic benefits. Naturally, it’s important to identify and quantify these when analysing medical cannabis. Tetrahydrocannabinol (THC), the main psychoactive compound of cannabis, is one of the most common cannabinoids analysed during laboratory tests. Cannabidiol (CBD) is another cannabinoid of interest and is the main active ingredient associated with the pain relieving benefits of the plant.

High Performance Liquid Chromatography (HPLC) and Gas Chromatography (GC) are two of the most useful methods of analysis for THC and CBD in medical cannabis. Other cannabinoids measured with these methods include Tetrahydrocannabinolic Acid (THCA), Cannabinolic Acid (CBDA) and Cannabinol (CBN). All can influence the physical and psychoactive properties of medical cannabis, making cannabinoid analysis a critical stage of the product development process.

Robert Thomas, a cannabis expert and author at Scientific Solutions, stresses the importance of recognising that cannabis and hemp are hyperaccumulators – plants that actively absorb heavy metals from soils. Both plants are often used to cleanse and rehabilitate toxic waste sites. The Chernobyl nuclear meltdown is just one example of industrial hemp being used to purify soil and extract contaminants. In the case of Chernobyl, the contaminants were radioactive isotopes, though cannabis also absorbs naturally occurring elements found in the earth’s crust, including lead and mercury.

“Unfortunately, many of the states in which CBD products have been legalised do not have the necessary experience and background to fully understand all the safety, quality and toxicological issues regarding the cultivation and production of cannabis and hemp products currently on the market,” says Thomas.

“Besides the need to characterise its potency (CBD and THC content) and other beneficial compounds such as terpenoids, one of the most important contaminants to measure is the level of heavy metals, because cannabis and hemp will avidly accumulate trace elements from the growing medium, soil, fertilisers and even the metallic equipment used during the preparation and processing of the various concentrates and oils. For that reason, it is critically important to monitor heavy metals in cannabis and hemp to ensure that products are safe for human consumption.”

Pesticides are an effective way to control insects like cannabis aphids, hemp russet mites, corn earworms and Eurasian hemp borers however they can leave toxic residues on plants. Techniques such as LC/MS, GC/MS and HPLC are widely used by medical cannabis laboratories to test for pesticides.

Solvents such as acetone, ethanol, propane, benzene and butane are often used to extract cannabinoids used in medicinal products. While useful for harnessing the therapeutic properties of the plant, traces of these solvents can remain in finished products such as extracts, concentrates and distillates.

Methods such as headspace analysis coupled with GC are useful for testing for residual solvents and ensuring manufacturers meet regulatory standards. GC/FID and GC/MS are also common methods used for solvent analysis.

As a natural product, it’s possible for cannabis to become contaminated with mould, mildew, yeast, bacteria and fungal toxins, including aflatoxins and mycotoxins. Specialised dissecting microscopes allow scientists to detect traces of these microorganisms while more advanced methods such as PCR are used to identify individual bacterial strains. Common microbiology techniques, including petri film analysis, are also useful for detecting microorganisms and mycotoxins.

The bright future of medical cannabis

Undoubtedly, the rigorous testing, analysis and identification processes surrounding medical cannabis have helped to transform national and international conversations around the plant. An increase in scientifically driven, evidence-based research exploring the medicinal benefits of cannabis has helped establish the plant as a safe and effective medication with bona fide therapeutic properties.

Of all the characteristics analysed in medical cannabis laboratories, heavy metal contaminants are one of the most important. Writing on behalf of Scientific Solutions, author Robert Thomas explores some of the complexities of heavy metal contaminant analysis, including limit inconsistencies between different states, in ‘The Importance of Measuring Heavy Metal Contaminants in Cannabis and Hemp Consumer Products’. 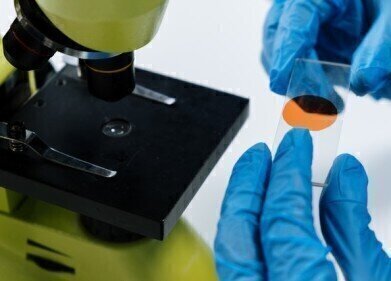 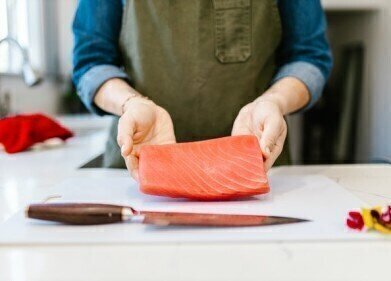 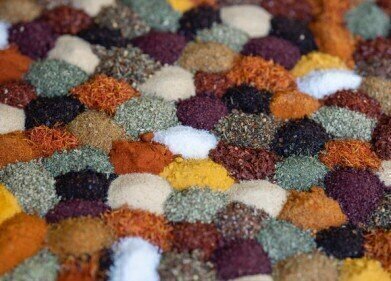 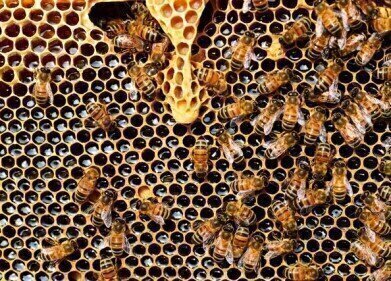 From redirecting discarded products back into the supply chain to substituting premium ingredients with inferior alternatives, food fraud is a serious crime....