In its 175th anniversary year Zeiss celebrated the work of researchers using microscopy in various application fields by announcing the winning entries of its Microscopy Imaging Contest 2021. Entries from researchers from over 50 countries, highlight the characteristics of microorganisms and non-biological materials which all play a role in meeting society’s most pressing challenges related to climate change, energy, health and food.

“The judging process was exciting with more than 1,300 fascinating entries. We were honoured by the participation of so many ZEISS users across different countries, research interests and microscopy application types. The quality of images we received is amazing. A big thank you to all the participants,” said Dr. Michael Albiez, Head of ZEISS Research Microscopy Solutions.

This year’s first place was awarded to Alicia Gónzales Segura, Dolores Molina Fernández and Isabel Sánchez Almazo from Centro de Instrumentación Científica at the University of Granada (Spain) for their visually stunning image of Emiliania huxleyi coccospheres. “This microphotograph was obtained in the framework of a study on phytoplankton biodiversity from the Alboran Sea in the Western Mediterranean, with particular emphasis on the life cycle of Emiliania huxleyi, which is probably the most abundant eukaryotic microorganism in the oceans”, said Segura. These phytoplanktonic organisms play a major role in the regulation of atmospheric CO2, ocean acidification and the global carbon cycle. Coccoliths are well preserved in sedimentary rocks, where they have been used as age indicators.

Towards the battery of the future

Second place was awarded to Andreas Kopp from the Institut für Materialforschung (IMFAA) at Aalen University (Germany). He submitted an image of fluorides on an anode surface of a Li-ion battery, taken with a ZEISS Crossbeam 550 scanning electron microscope at 7,350x magnification. Kopp described sample preparation as the most challenging part. “In general, we only seldom see the crystal structure of the materials in nature. The growth of nearly perfect cubes is directly linked to the crystal system of the materials. To observe these geometric particles is always fascinating and creates interesting images”, he said. Kopp and his team use ZEISS light and electron microscopes to assess the quality of Li-ion batteries. The demand for these energy suppliers and storage devices continues to grow, as do the requirements.

The third place is shared between two winners. Professor Bernardo Cesare, a petrologist from the University of Padua (Italy), submitted a polarized light microscopy image of a Brazilian agate made of extremely fine-grained quartz (chalcedony). He said: “With the horizontal banding and the coarser quartz crystals in the lower part resembling a crowd, the image has been appropriately named ‘The Concert’.” Cesare has been studying rocks for 35 years using a polarized microscope as the first and fundamental tool for his research. “The first challenge with such an image concerns sample preparation, because agates are very hard so that cutting, grinding and polishing them becomes a nightmare for the thin section manufacturers. The second challenge is obtaining a sharply focused image, because the grain size is smaller than the sample thickness, and this induces a little bit of blur in the central and upper bands of the image,” he added.

Professor Cobus Visagie’s light microscopy image of fungi shows a new Talaromyces species found in South Africa, growing on oatmeal as a growth medium. “These structures are relatively fragile, and combined with its 'dry' spores, are very sensitive to any kind of airflow. This sample was thus prepared by cutting a block of agar out, carefully placing it on its side, and then taking ±100 extended depth of field images and stacking these together”, says Visagie, a mycologist at the Forestry and Agricultural Biotechnology Institute at the University of Pretoria (South Africa), working on the taxonomy of moulds from the natural and built environment. He isolates and describes many new fungal species. “The tools available to do this have never been better, which is very exciting”, he says, referring to microscopy. “There is something beautiful about photo plates of species. They remain forever. Because of this permanence, I want my images to stand out and be the best that they can be.” The competition is scheduled to return in 2022. A selection of the images can be viewed on the link below.

Carl Zeiss was referenced in the following research papers 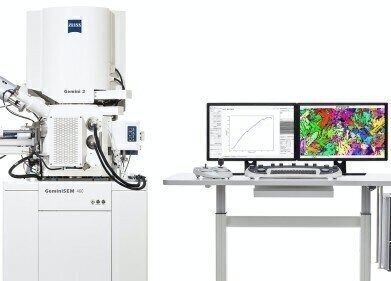