The conversion to high-grade chemicals for the paper or pharmaceutical industry from biomass, such as straw or leaves, is a good idea - at least in theory. But there is a catch: To do this, the oxygen atoms must first be removed from the organic compounds and to date this has only been possible at high pressures and strongly elevated temperatures - resulting in a poor energy efficiency. In addition, expensive, dangerous, and often environmentally harmful catalysts are needed. However, it is a completely different story if the oxygen atoms are separated using electricity, i.e., by means of electrolysis. The use of catalytic converters is then unnecessary and, thanks to the presence of wind and solar power plants, there even may be surplus green energy available. To ensure electrolysis remains environment-friendly, a medium such as water or a simple alcohol must be employed. At the same time, there is yet another problem: Instead of taking out the oxygen atoms from the organic compounds, a different reaction often occurs - hydrogen gas evolves instead of the desired chemicals.

Through the new ECHELON project (Disruptive Electrode-electrolyte Concepts beyond Current Scientific Limitations) researchers at Johannes Gutenberg University Mainz (JGU) want to change this. The project will involve experts from the two top-level research areas SusInnoScience and M3ODEL working hand in hand. The recently approved ECHELON project, which is being given some €2 million in funding by the Carl Zeiss Foundation, will start on 1 January 2021 and will run for five years. Professor Siegfried Waldvogel, Lead Scientist of the ECHELON project and spokesperson of SusInnoScience, described the underlying concept: "What we do is attract cations to the surface of the cathode. This will then be positively charged, so the hydrogen ions, which are also positively charged, cannot accumulate on it."

Pilot trials have demonstrated that this concept generally works. Now the researchers are striving to understand the theory behind it so that they will be able to take a targeted approach to optimising the process. As simple as this may sound at first, it is in fact extremely complex. "We need to combine the two major fields of quantum chemistry and multiscale modelling. Quantum chemistry allows us to calculate the chemical reactions at the cathode, while multiscale modelling enables us to theoretically map the movement and concentration of the ions in the fluid surrounding the cathode," explained Waldvogel.

According to Waldvogel, the creation of such a theoretical model for electrochemistry is unique worldwide - and has the potential to lead to significant advances in electrochemistry in general and in connection with the corresponding research in Mainz. "The results of this project will help us open doors that until now were thought to be permanently closed and pave the way for numerous new applications," concluded Waldvogel. One example relates to the processing of waste flows: In future it may be possible to use electrochemistry to recycle residues resulting from the production of plastics such as Nylon and Perlon. 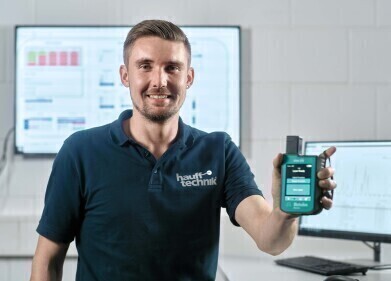 Handheld Raman spectroscopy can be utilized to quickly verify the identity of polymers, as an example from Hauff-Technik, a leading German polymer processor,...

Are you looking to accelerate your liquid handling protocols? To combat the issue of tedious volume adjustments, look no further than EVOLVE manual pipettes!...