Endecotts and the Advantages of Sieving

The solubility of drugs, the taste of chocolate or the solidity of concrete - these are only a few examples of physical or chemical material properties which are influenced  by particle size. Hence, the determination and knowledge of the particle size distribution is an essential part of the quality control process for industrial products.  From incoming and production control to research and development, sieve analysis is used to determine a number of parameters or simply the particle size. Easy handling, low investment cost and high accuracy make sieve analysis one of the most  frequently used procedures for measuring the particle size. This article gives an overview of the different sieving techniques and describes the necessary steps to ensure reliable results.

Sieving is carried out to separate a sample according to its particle sizes by submitting it to mechanical force. The direction, intensity and type of force depends on the selected sieving method. The sample is either moved in horizontal or vertical direction. Air jet sieving is a special case, here the sample is dispersed by an air jet blown out of a rotating nozzle.

Which factors need to be established to select a suitable  sieving method?

If the required measuring range lies between approximately 40 microns and 125 mm, classical dry sieving is the method of choice. The range may be extended to 20 microns   by wet sieving and to 10 microns by air jet sieving.

It should be taken into account whether the particles form agglomerates, which density the material has or if it tends to be electrostatically charged.

Sieving methods are described in the DIN standard 66165 and ISO standard 2591-1. If industry-specific test procedures or standards exist these also determine the choice of method.

Are several fractions required? Or is it sufficient to know which percentage of the sample is smaller or bigger than a defined particle size? The method for obtaining the latter information is called a sieve cut because the sample is simply separated into two fractions.

Once these questions are satisfactorily answered, a suitable sieving method can be selected. Vibratory sieving, vibratory with wet sieving or Air jet sieving.

Vibratory sieving: Vibratory sieving submits the sample to three dimensional movements. A vertical throwing motion is superimposed by a circular movement. This mechanism causes the particles to be evenly distributed over the entire sieving surface and to be thrown into the air where they ideally change their orientation in a way that allows them to be compared to the sieve apertures in all possible dimensions. Vibratory sieve shakers like the OCTAGON 200, the OCTAGON 200CL, the EFL 300 and TITAN 450 operate according to this principle. All Endecotts vibratory sieve shakers are suitable for dry as well as wet sieving. The OCTAGON 200CL provides reproducible, globally comparable results because it operates independently from the power frequency using a Closed-loop system.

Wet sieving: A special case of vibratory sieving is wet sieving. Agglomerates, electrostatic charging or a high degree of fineness can all make the sieving process difficult, and in such cases, wet sieving may be called for. This involves washing the sample through the sieve stack in a suitable medium which is usually water. Endecotts Sieve Shakers OCTAGON 200CL, OCTAGON 200, EFL300 and TITAN 450 are suitable for wet sieving.

Air jet sieving: To obtain a sieve cut by air jet sieving only one sieve is used instead of a stack of sieves, and the sieve itself is not put into motion. An industrial vacuum cleaner generates low pressure inside the sieve chamber. The sucked-in air escapes with high speed from the rotating slit nozzle below the sieve and disperses the particles which can then be compared to the sieve apertures. When the particles hit the sieve lid they are not only redirected but also deagglomerated. The particles which are small enough are then transported through the sieve mesh and sucked out. It is also possible to collect them in a cyclone. Endecotts offers the Air Sizer 200 for air jet sieving.  Features include adjustable speed from 5 - 55 rpm and vacuum regulation. The machine may be controlled with the Endecotts SieveWare evaluation software.

Our full Whitepaper on Sieve Analysis including step by step guide is available at Endecotts.com for download.

Endecotts and the Advantages of Sieving 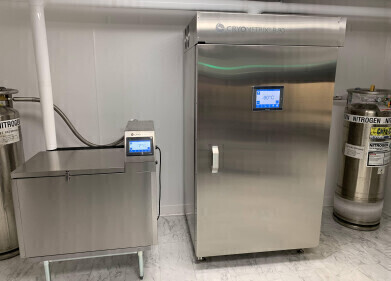 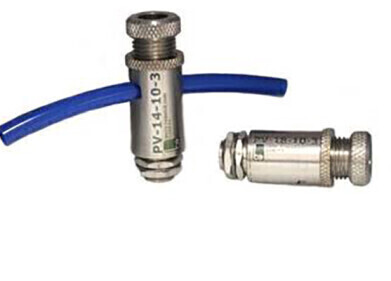 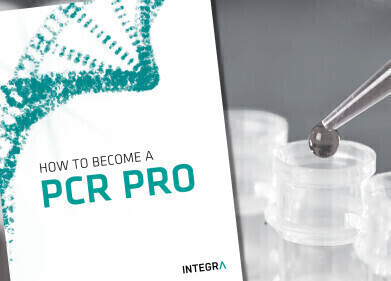 A new eBook from Integra Biosciences covers everything you need to know about PCR. This free resource is suitable for all user levels, from complete beginner...

New eBook: How to become a PCR pro 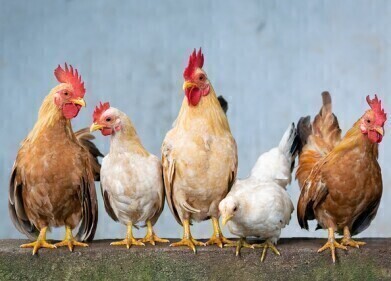 From COVID-19 and Ebola to Avian Influenza, zoonotic diseases that leap between animals and humans can have devastating consequences. In the UK, the Animal ...