Maximising lab space: Does your GC-FID generator fit the bill?

Peak Scientific, the global leader in gas generation systems for analytical laboratories, was awarded ‘British Exporter of the Year’ at the 2020 British Business Awards held at the Shanghai Jinjiang Tomson InterContinental Hotel on the evening of October 29th. This is Peak Scientific’s second BBA accolade, after winning Best New Exporter to China award in 2016.

The newly-appointed British Ambassador to China and Patron of the BBA 2020, Caroline Wilson CMG attended the awards dinner and delivered a speech. MP Graham Stuart, Minister for Exports in the Department for International Trade and Chinese Ambassador to the UK, Liu Xiaoming, sent their congratulations via video.

The British Exporter of the Year Award presented to Peak Scientific commends the success and innovation of British companies exporting to China. The award is open to companies that have exported to the Chinese market for at least three consecutive years and have made a positive impact on the British economy.

Since entering the Chinese market in 2010, Peak Scientific has maintained rapid business growth, establishing itself as a well-known gas generator brand with continuous product innovation, reliable laboratory gas solutions and first-class after-sales service. The BBA 2020 award recognises Peak Scientific’s achievements in the Chinese market over the past 10 years, something the company is keen to strengthen and build upon.

Accepting the award on behalf of Peak Scientific, Director for China and Japan, Chris Harvey, said: “We are delighted to have won the British Exporter of the Year award. This is recognition of Peak China’s hard work and dedication over the past decade. It’s also thanks to the support we receive from Peak Scientific’s headquarters in Glasgow, Scotland, and the business’s commitment to excellent customer service, innovative technology and product design.”

Maximising lab space: Does your GC-FID generator fit the bill?

Peak Scientific Instruments was referenced in the following research papers 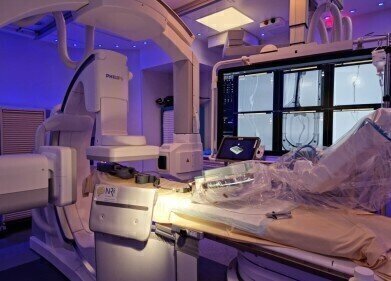