Drug discovery scientists rely on a concoction of disciplines and techniques, including microscopy. One of the most important technical fields utilised in the drug discovery sector, microscopy uses advanced laboratory instruments to magnify objects and samples that aren’t visible to the naked eye.

Optical, electron and scanning probe microscopy are the three most widely used fields, though new branches like X-ray microscopy are also gaining momentum in state-of-the-art drug discovery laboratories. Below, we explore the role of microscopy in drug discovery and spotlight some of the most exciting breakthroughs to date.

Electron Microscopy is an advanced technique that uses the wave-like patterns of electron beams to create high-resolution images. The Rosalind Franklin Institute in the UK is one of the latest laboratories to secure an electron microscope, with Correlated Imaging Deputy Director Dr Judy Kim saying it will allow the team to generate more detailed images of biological samples, as well as reduce radiation damage by capturing data at almost one million frames per second.

At the Francis Crick Institute, scientists have teamed up with researchers at the University of Western Australia to develop a breakthrough imaging method that could be used to improve treatments for infections such as tuberculosis. The technology is founded in a method known as Correlative Light, Electron and Ion Microscopy in Tissue (CLEIMiT), though the team also used other well-known imaging methods such as Electron Microscopy and 3D Fluorescence Microscopy. The combination of methods allows scientists to analyse lung tissue and determine if antibiotics have successfully targeted bacteria hiding in the cells.

Researchers at the University of Sheffield have successfully used high-resolution microscopy techniques to map the characteristics of a compound that kills superbugs. Working from the Optics Clustered to OutPut Unique Solutions (OCTOPUS) imaging facility operated by the Science and Technology Facilities Council, the team used an advanced microscopy technique called Stimulated Emission Depletion (STED) to profile the compound. The findings were published in the journal Chemical Science, with results used to develop a novel compound with the ability to destroy antibiotic-resistant bacteria such as E.Coli and methicillin-resistant Staphylococcus aureus (MRSA).

“The cellular laboratories at CLF, equipment capabilities and know-how of the experienced staff within Octopus has been instrumental to be able to resolve the mechanism of action of this antimicrobial at the nanoscale,” says Dr Jorge Bernardino de la Serna, a scientist at Imperial College London who worked on the project. “The ruthenium-based dyes uniquely display fluorescence properties which can nicely resolved employing a type of super resolution microscopy, STED (Stimulation Emission Depletion).”

Find out more about the OCTOPUS imaging facility and the cutting-edge work being spearheaded at the Science and Technology Facilities Council in ‘Properties of Superbug Killer Revealed by STFC Imaging Cluster.’ 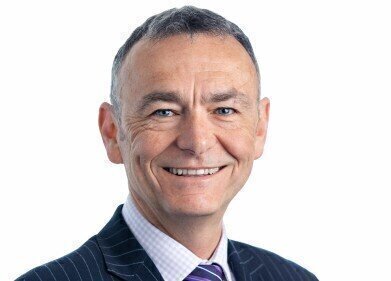