Of all the technologies employed by medical professionals, NMR Spectroscopy is one of the most valuable. Officially known as Nuclear Magnetic Resonance Spectroscopy and sometimes referred to as Magnetic Resonance Spectroscopy (MRS), the advanced analytical technique allows medical scientists to observe, map and study the magnetic fields surrounding an atomic nucleus. By observing the behaviour of these magnetic fields and analysing the changes triggered by an external magnetic field, scientists can unlock detailed insight into the molecular structures and compositions of medical samples.

NMR Spectroscopy is underpinned by the basic principle that most nuclei spin on an axis, are positively charged and create an electric field. By applying an external magnetic field via an NMR instrument, medical researchers can prompt an energy transfer between local magnetic fields around the atomic nucleus and the external radiation source.

After the magnetic energy transfer takes place, the resonant frequencies of the atomic nucleus are measured and recorded by the NMR instrument. Data is then converted into an NMR spectrum chart that displays frequencies as sharp peaks. This data is then used to generate detailed information about the molecular structures, characteristics, components and behaviours of a medical sample.

After the sample is placed in a static magnetic field created by the NMR instrument, pulsed electromagnetic waves are used to excite the magnetic fields around the nucleus and create NMR signals. When the radiation has been switched off, ultra-sensitive radio receivers are used to detect signals emitted by the magnetic fields around the nucleus and measure changes in resonance frequency. This reveals detailed information about the electronic structure of a molecule and the unique functional groups it contains.

The 3 stages of NMR Spectroscopy

NMR Spectroscopy can be divided into three main stages: alignment, agitation and analysis.

This stage sees the atomic nucleus placed in an NMR instrument where it’s free to spin freely and create its natural magnetic field.

After the local magnetic fields have been excited, the NMR instrument measures the electromagnetic waves emitted by the atomic nucleus.

A short history of NMR Spectroscopy

Isidor Isaac Rabi, an American physicist with Polish heritage, is credited for the discovery of Nuclear Magnetic Resonance Spectroscopy. In 1944 Rabi was awarded the Nobel Prize in Physics for his discovery and ground-breaking work, which prompted researchers at Harvard and Stanford Universities to build on his work. In 1952, American physicist Edward Mills Purcell and Swiss-born physicist Felix Bloch shared the Nobel Prize for Physics for their contributions to NMR Spectroscopy in liquids and in solids.

Thanks to the innovations of Rabi, Purcell and Bloch, the first commercial NMR instruments were made available to researchers in the early 1950s. At the time they were considered state-of-the-art and allowed scientists to analyse a single nucleus. It wasn’t until several years later that multinuclear spectrometers were made available to the commercial market. The advanced capabilities made them a staple in both academic and private laboratories, helping to support revolutionary discoveries in the medical sphere, as well as other fields such as chemistry, energy, pharmaceuticals and biotechnology.

2009 marked the introduction of single nucleus spectrometers, quickly followed by models equipped with two and three nucleus capabilities. In 2019 the X-Pulse, a cutting-edge broadband multinuclear benchtop instrument, set a new standard for NMR Spectroscopy. The advanced capabilities of the instrument reimagined the limitations of benchtop spectroscopy in the medical sector.

Today, benchtop NMR instruments offer scientists advanced capabilities via a medium that’s compact, affordable and easy to maintain. Once again, this has helped to advance scientific discoveries and support medical research across a wide range of fields.

Over the past decade, Nuclear Magnetic Resonance Spectroscopy has played a fundamental role in advancing diagnostic medicine. NMR studies offer a range of benefits over other techniques, making it the medium of choice for researchers in the diagnostic medicine field. Below, we list three of the most appealing benefits of Nuclear Magnetic Resonance Spectroscopy when analysing medical samples.

NMR Spectroscopy has been particularly useful for analysing and identifying human disorders, particularly when used alongside metabolomics-based diagnosis. This is because the cellular metabolism offers major clues when it comes to diagnosing a wide range of conditions.

“NMR metabolomics is used in the search for biomarkers of infectious diseases like tuberculosis, malaria and pneumonia, neurological disorders and Parkinson’s disease. NMR metabolomics has been used in the identification of biomarker for cardiovascular diseases and risk stratification,” writes Kannan Vaidyanathan, an author featured in the academic textbook ‘Applications of NMR Spectroscopy’.

NMR Spectroscopy has also emerged as a valuable tool for cancer diagnosis and therapy. Abnormal behaviour in the cellular metabolism is widely accepted as a driver of many life-threatening diseases, including cancer. The link between cancer and the metabolism was first discovered in the 1920s by German physiologist Otto Heinrich Warburg, who proposed that mutations in cancer genes and the subsequent changes in cellular signals can prompt changes to the metabolism.

The ability to observe the molecular structures of cells is incredibly useful for investigating identifying metabolite-based biomarkers that reveal the presence of cancers. Analysing the cellular metabolism also allows researchers to track destructive processes like progression, proliferation, transformation and metastasis.

As well as diagnosing cancer, NMR has been key to the development of intelligent drug-delivery systems designed to treat cancer, as well as other diseases. The past few decades have marked significant breakthroughs in both solid-state and solution NMR studies. These advances have allowed scientists to study the structural biology of proteins and peptides in hydrated membranes, as well as other multi-component and heterogeneous biological systems.

“These myriad NMR techniques have been increasingly extended in applications of pharmaceutical sciences to characterize protein drug substance and drug product systems to realize their full therapeutic potential,” reads a recent article published in the journal Advanced Drug Delivery Reviews.

“For example, many NMR studies provide insight into the specific interactions required for membrane insertion of CPPs and the conformation and dynamics required for peptide and protein translocation. Moreover, NMR techniques have been utilized to investigate the composition-dependent structure, dynamics, stability, and encapsulation efficiency of heterogeneous and multi-component nano-drug delivery systems. These critical molecular understandings offer insight into the rational development of highly efficient and target-specific drug delivery vehicles for pharmaceutical and clinical applications.”

Other medical applications for NMR Spectroscopy

While NMR Spectroscopy for cancer diagnosis and therapy has dominated headlines, the analytical technique has proved invaluable for investigating gastro-intestinal, endocrine and nutritional disorders. It’s also widely used as a tool for diagnosing and treating disorders of the nervous and respiratory systems.

The study of small molecular compounds and pathways involved in respiratory medicine represents an area of active clinical investigation,” reads a recent article published in the European Respiratory Journal. “The discovery of individualised metabolomic profiles in patients with respiratory disorders could reveal novel pathways of disease pathogenesis, or enable better recognition of patients with a biochemical susceptibility for respiratory diseases, the response to therapy and “predicting” possible non-responder patients, and the identification of new therapeutic targets. Metabolomics could also help to understand the complex gene–environment interactions involved in onset and progression of respiratory disorders.”

The advent of compact benchtop NMR instruments has marked a new era of efficiency for medical research. From university laboratories to state-of-the-art cancer research centres, NMR Spectroscopy has made medical research faster, easier and more cost effective. One of the latest advances is the shift away from basic 1D 1H NMR spectra and towards modern instruments with the capability to measure self-diffusion coefficients. This detailed data can be used to unlock valuable physical information about a sample, including viscosity and molecular size, as well as ionic conductivity and transference activity.

For example, a benchtop NMR spectrometer with Pulsed Field Gradient (PFG) capabilities can utilise advanced techniques such as Pulsed Field Gradient Spin Echo (PFGSE). This allows researchers to measure changes in NMR signals according to PFG strength and use the data to determine the diffusion coefficients of sample components. Even more advanced instruments combine PFG technology with variable temperature capabilities, which allows researchers to analyse thermal behaviours under a variety of conditions. 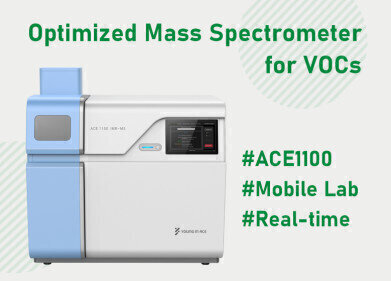 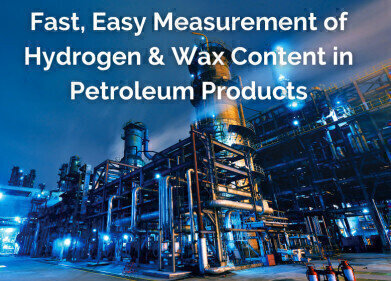 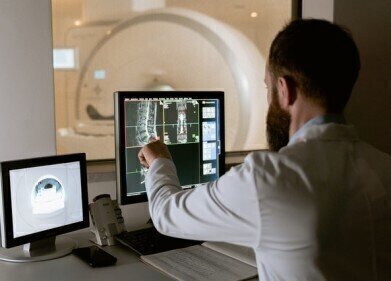 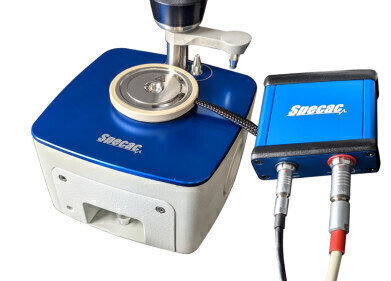